This post provides links to discussions of the Institute for Statecraft’s “Integrity Initiative”. Most recent update is 5 November 2019 – the first anniversary of the original post – when verdict of Scottish Charity Regulator on the operation was announced.

Scroll down for this update and the original list which was maintained until April 2019, at which point the links numbered 185.

[Scroll down for links to discussions]

This is my first personal blogpost since April. At that time I referred to a ‘coordinated smear campaign’ against anti-war journalists, tweeters and academics, whose number included myself and other members of the SPM Working Group. The portrayal of us as “useful idiots” for some or other official enemy, I suggested, was evidently a strategic communication.

We now know a lot more about the coordination of that communications strategy, thanks to the recently accessed documents exposing the Institute for Statecraft’s so-called Integrity Initiative (here, here and here).

Numerous points of interest and concern emerge, one of which regards the high profile attack launched at our Working Group on the front page of The Times. Two of its authors, we learn, are named in the newly available documents. They – Deborah Haynes and Dominic Kennedy – have not so far responded to invitations to clarify their association with the “Initiative”.

What we do know from the documents is that a coordinated network was very closely following all public comments on such critical events as the Skripals poisoning in Salisbury, on which SPM produced its first Briefing Note, and the chemical attack in Douma this year, which was the focus of SPM’s second Briefing Note.

The working group’s third Briefing Note will be released soon [update, 21 Dec 2018, it is now published here]. Meanwhile, for anyone wishing to catch up with others’ comments on the “Integrity Initiative”, links to discussions of the issue will be maintained here below.

[Update 22 Dec 2018: currently the full set of II documents is available at https://fdik.org/Integrity_Initiative/]

[Update 4 January 2019, 4th set of II documents released and available, separately and in a single folder, at https://www.cyberguerrilla.org/blog/operation-integrity-initiative-british-informational-war-against-all-part-4/ Also worth noting now is that while there are more than 60 articles on the matter linked below, still practically nothing has been heard from mainstream Western media outlets.]

[Update 23 January 2019: Since starting this post, our tracing of connections between “Integrity Initiative” and many other organisations, individuals, and anonymous operators has proceeded apace (see now 125 links below). At the same time, those of us asking the critical questions have been tracked – especially on Twitter – in seeming attempts to impute nefarious intents or interests in these citizens’ inquiries. This very post of mine appears to be depicted as at the hub of something (in graphs like those reproduced just below). So let me freely declare my interest: it lies in resistance to having the p-please-bob taken by the venal, malicious or stupid; if this resonates with plenty other people, it should really be no surprise. Given, on the other side, such disturbing insouciance about prospects of the war, both hot and cold, our work of awareness raising must continue.] 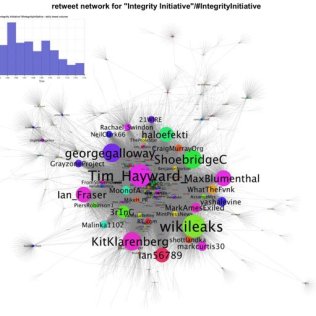 Opinion (29 January 2019) Integrity Initiative’s Site is Down, But It’s Not the End of Disinformation, Sputnik International

Tom Coburg (28 January 2019) A government-funded destabilisation network is forced to disable its own website, The Canary

Kevin Collier (23 January 2019) It Looks Like Russian Hackers Are Still At It In 2019, Buzzfeed [This is more about the alleged Russian hacking of its documents than Integrity Initiative itself.]

Kseniya Kirillova (17 January 2019) Russian attack on the Integrity Initiative: what makes the Mafia different from the police, EuroMaidan Press [a defence of II]

Barbara Boyd (15 January 2019) Exposed: The British Are Running A Coup Operation Against The President Of The United States…Again, American Intelligence Media

Simon Rite (13 January 2019) Integrity Initiative: By all means smear & attack, but at least be honest about it, RT

Ben Swann (11 January 2019) UK’s “Integrity Initiative” and How It is Actually a Propaganda Machine, RT

James Ball (9 January 2019) When free societies copy Russian media tactics, there’s only one winner, The Guardian [this rare mainstream piece is by a journalist named in Integrity Initiative documents]

Kit Klarenberg (7 January 2019) The Integrity Initiative: The Spread of Propaganda & A Look Back at the #Skripal Saga, Stranahan, Sputnik Radio

Moon of Alabama (4 January 2019) ‘Integrity Initiative’ – New Documents From Shady NGO Released [This is a brief piece on the new release, but it has encouraged readers’ comments, a number of which make for interesting reading]

Chris Williamson MP (2 January 2019) The chilling manipulations of the Institute for Statecraft are straight out of the cold war playbook, Morning Star Online

David Miller, with Max Blumenthal and Ben Norton (26 December 2018) Inside the Integrity Initiative, the UK gov’s information war on the public, Moderate Rebels

Chris Donnelly (Director of Institute for Statecraft and its “Integrity Initiative”) On Disinformation, Youtube video

Mark Galleotti (19 December 2018) The Integrity Initiative and Me (and Jeremy Corbyn), In Moscow’s Shadows

Piers Robinson (19 December 2018) Interview: There’s desire to ramp up public perception of Russia being a threat in the international system, Radio Sputnik

Mohamed Elmaazi and Max Blumenthal (17 December 2018) Inside the Temple of Covert Propaganda: The Integrity Initiative and the UK’s Scandalous Information War, Grayzone

Edward Lucas (17 December 2018) Don’t swallow Labour’s claims of ‘black ops’, The Times [making a case in favour of the II, behind a paywall]

David Scott (16 December 2018) Half a League Onwards: A glimpse of the policy protocols of the Integrity Initiative, UK Column

Moon of Alabama (15 December 2018) The ‘Integrity Initiative’ – A Military Intelligence Operation, Disguised As Charity, To Create The “Russian Threat”

George Galloway (12 December 2018) A very British coup: The spies who went out to the cold – by George Galloway, RT [Yes, Russia Today. Where is the Western media coverage?]

Prequel: older sources on Integrity Initiative and Institute for Statecraft 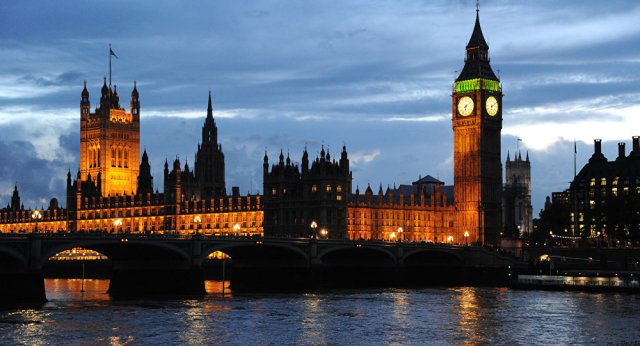 62 Responses to Integrity: Grasping The Initiative